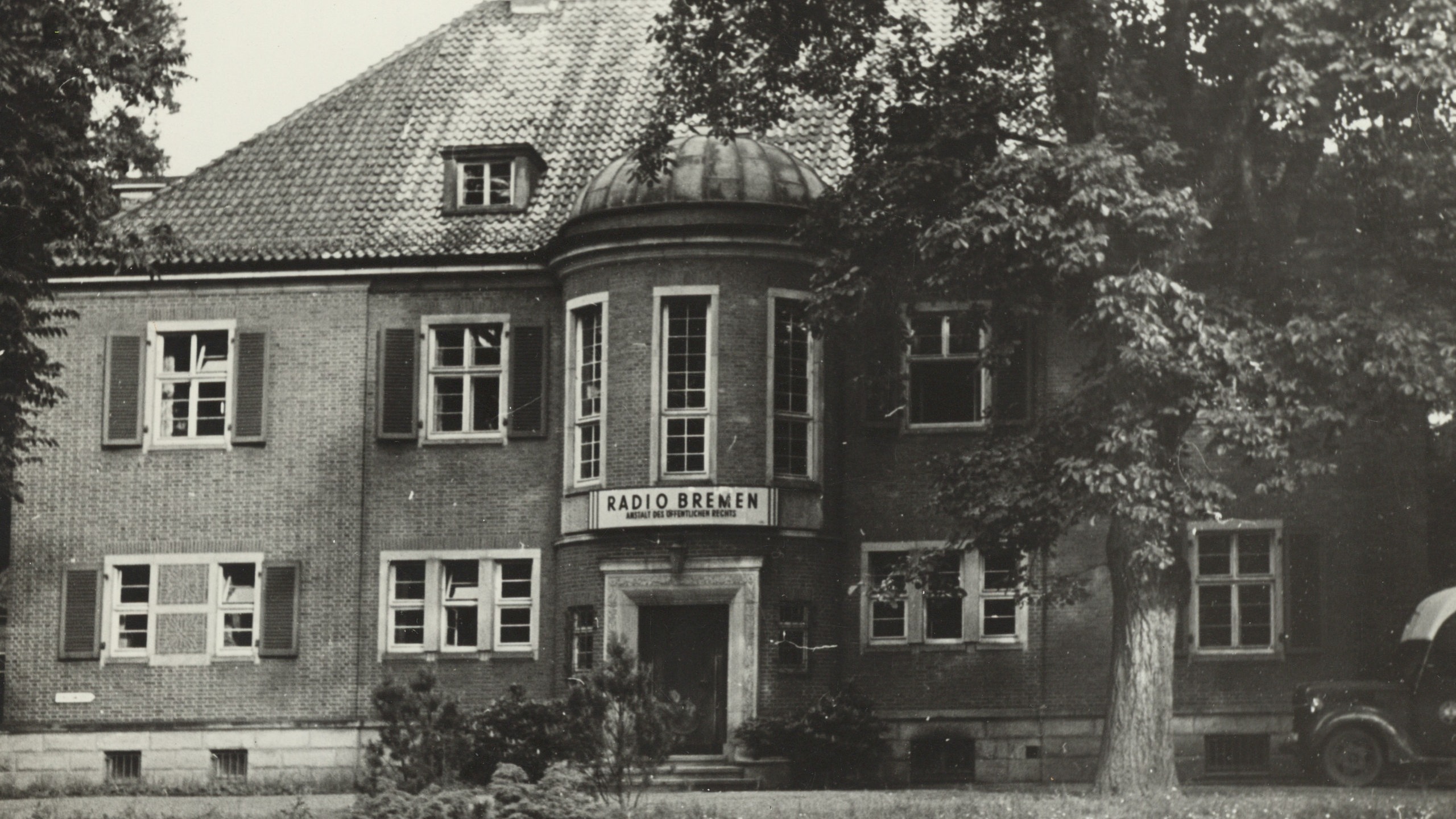 In a way, it all started with this radio station. Although the "Sender Bremen" had already existed since 1924, "Radio Bremen" was not founded until after the end of the war in 1945 by the U.S. occupation forces or military government. Since 1950, Radio Bremen has been part of the ARD broadcasting network and is thus a public broadcaster. For the first few years, the station broadcast only radio programs, and in the early 1960s it added television programs. Successively, several radio programs were created (Radio Bremen 1, 2, 3 and 4), which devoted themselves to popular music with varying degrees of emphasis.

Initially, jazz music played a relatively large role, but then blues, folk and, above all, rock music (including rock'n'roll and beat) began to play an increasingly important role. In this context, a group of young radio journalists formed in the mid-1960s, who began to focus more on current popular music and its history. In 1965, the television program of Radio Bremen started the program "Beat Club", the first music TV program in German-speaking television, which was produced especially for young people. It quickly developed into a great audience success and shaped an entire generation.
More information: https://www.radiobremen.de 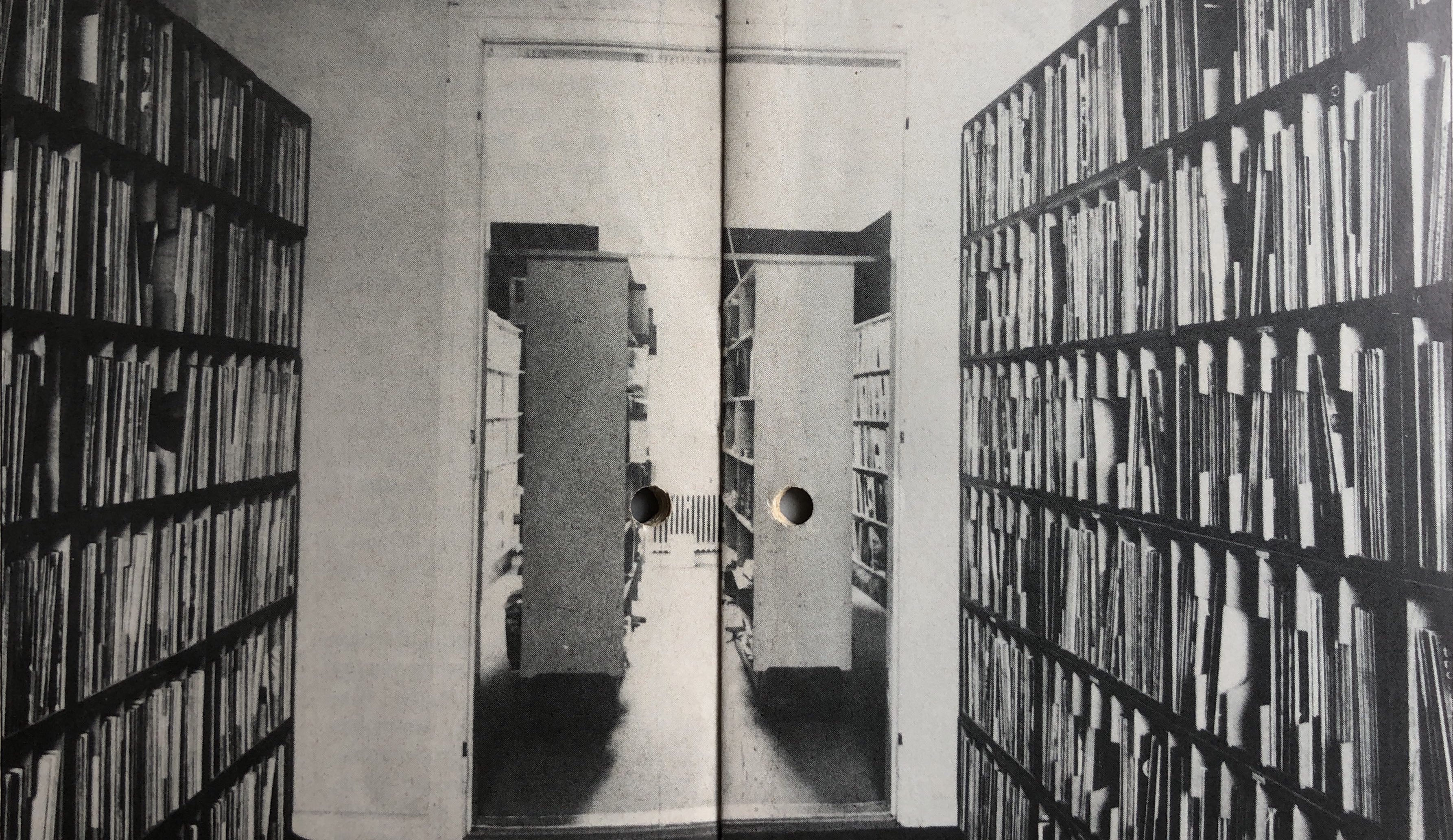 The original location at Ostertorsteinweg 3 in Bremen

Klaus Kuhnke, Manfred Miller and Peter Schulze, three young radio journalists and jazz and pop editors in their twenties, had been working for Radio Bremen since the late 1960s and early 1970s. They were regularly faced with the problem of not having enough information available on actually popular artists and bands from the past and present. Pop music journalism was still in its infancy and academic music research showed no interest in historical, let alone current popular music. In university disciplines such as musicology, music theory or music education, pop music was still considered worthless devilish stuff at that time. Instead, established music research was almost exclusively concerned with the tradition of classical European art music.

The three young men wanted to do something about this state of affairs. They were firmly convinced that it was worth collecting materials on the history and present of popular music and archiving them. In the early 1970s, they launched a large-scale project: the "Roll over Beethoven" series on the history of popular music on Radio Bremen. For the research, they obtained many sound, text and image sources. In addition, as employees of the radio station, they were regularly supplied with the latest recordings by record companies anyway. Soon it became clear that the information sources they had gathered needed a place of their own in order to be able to work with them together. So Klaus Kuhnke, Manfred Miller and Peter Schulze rented an apartment at Ostertorsteinweg 3 (for 500 Marks per month) and moved their private music collections there.

In 1975, they went public under the name "Archiv für Populäre Musik" (Archive for Popular Music) and met with lively interest, especially from (music) teachers, but also from the press. They chose the non-profit limited liability company (gGmbH) as the legal form for the archive. They began to selectively fill gaps in their joint collection, which grew rapidly. Peter Schulze then moved into the apartment below the archive and was later joined by Klaus Kuhnke. For a while, the two formed a shared apartment before Peter Schulze moved out and Klaus Kuhnke lived there alone from then on. In this respect, the two had a short way to the archive above them and could thus devote themselves - mostly at night - to voluntary archive work. As early as 1983, they began electronic recording, at that time still on data tapes. Before that, they had created the first catalogs by hand or with the help of a typewriter.

In the mid-1980s, it was possible to employ archive staff for the first time, who were financed by a job creation scheme of the city. Over a period of four years (1985-1989), up to four people at a time entered data into the specially developed database. In this way, large parts of the holdings of that time could be recorded with the help of computer technology (it was not until 1991 that the data tapes could be transferred to ASCII diskettes and displayed by a PC). One of the employees from that time, Ulrich Duve to be precise, later became head of the Klaus Kuhnke Archive for Popular Music. 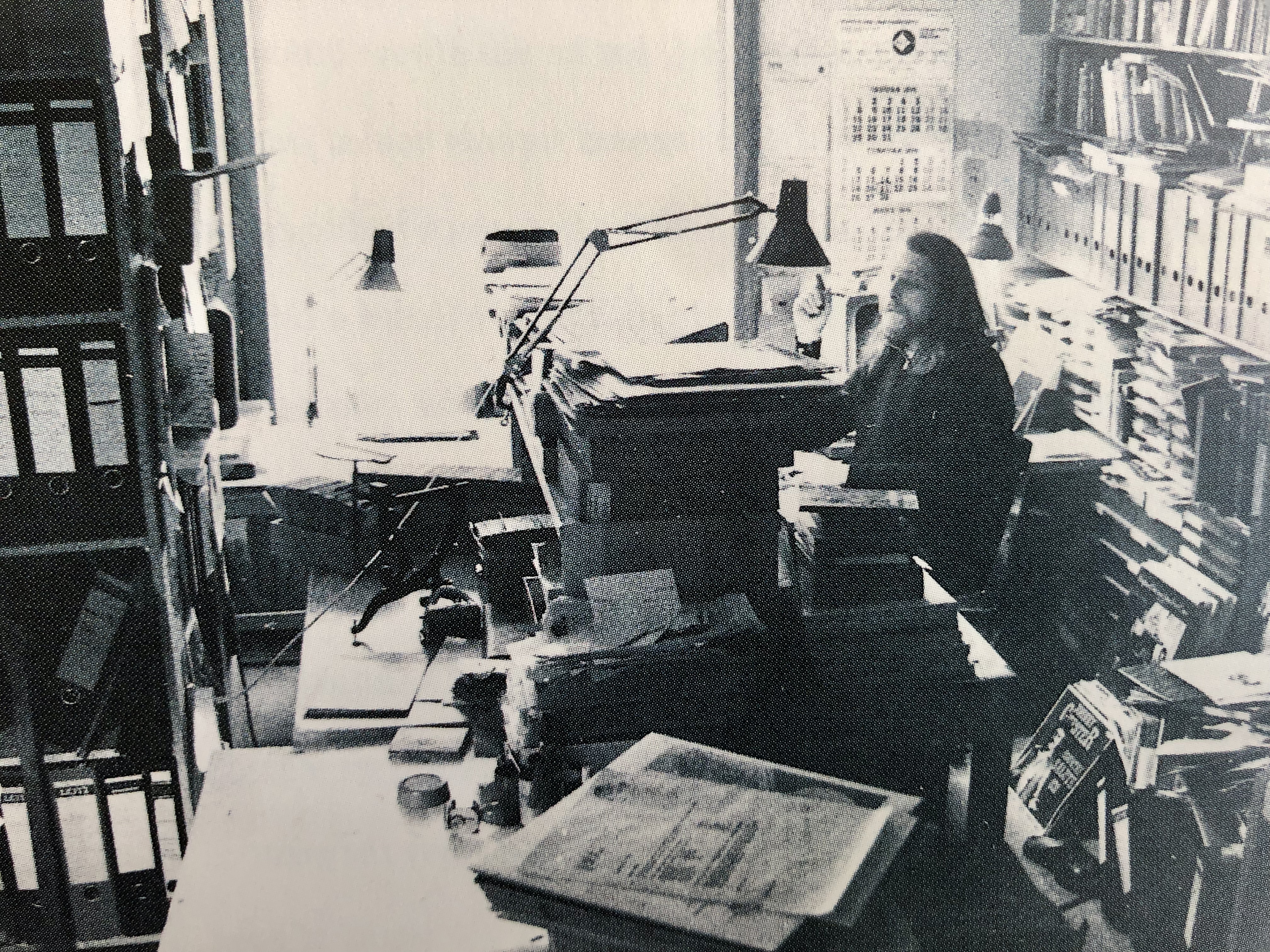 The Klaus Kuhnke Archive/Institute has been closely associated with the mail-order service and record label Bear Family Records, which was founded and managed for 40 years by Richard Weize, from the very beginning. Weize also started his company in 1975. At that time, the first company headquarters was Harmenhausen (near Bremen), but after a short time, Weize moved the company and family to Goethestrasse in Bremen. However, the old Bremen house soon became too cramped for the aspiring businessman/idealist and his numerous activities, and so he moved within Bremen to Eduard-Grunow-Strasse. In 1986, the company finally moved to Vollersode, 40km north of Bremen. After the sale of the company (by Richard Weize) in 2016, Bear Family Records is now based in Holste-Oldendorf.

There was and is a continuous professional and factual exchange between Bear Family Records and KKI. In the beginning, they even partly used the same infrastructure. Even today, Bear Family Records - in the meantime a globally respected and award-winning company - supplies our archive with the latest releases. Since 1988, the year of Klaus Kuhnke's death, Richard Weize has taken over his role as KKA/I co-partner and has supported us with his know-how and network ever since.
More information: https://www.bear-family.de sowie https://andmorebears.com 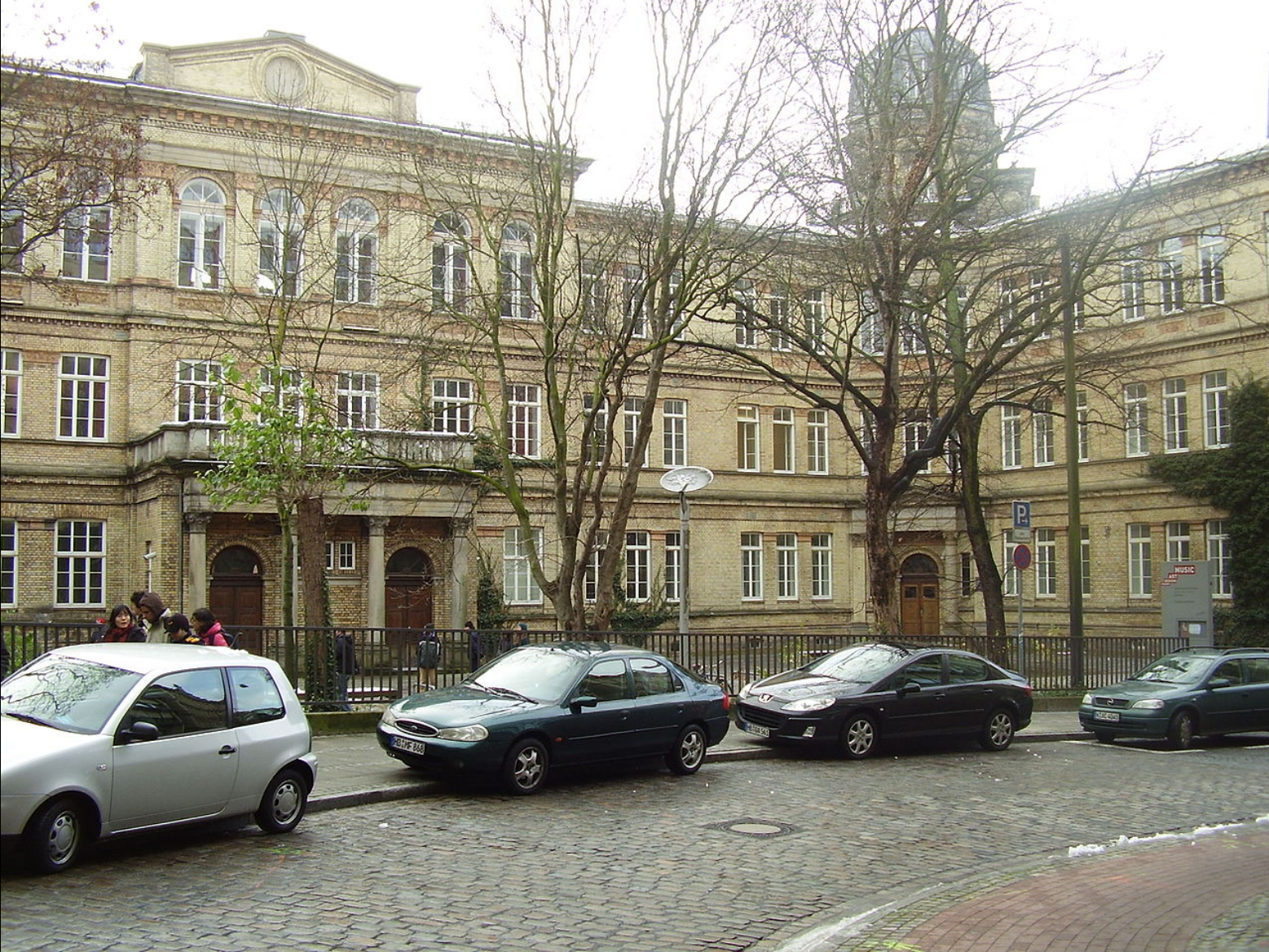 The UA Bremen has existed since 1988 with the academic rank of a university of the arts. However, its roots go back to the 19th century. An important starting point was the founding of the "Design Class of the Gewerbemuseum" in 1873, which was launched in Bremen during the heyday of historicism. Only five years later, professional music education was also established in Bremen, initially still in a private setting, but from 1893 as the "Conservatorium of Music". Both institutions developed independently of each other in the following decades. The 1920s saw a "School of Arts and Crafts" (1922), later a "Nordic School of Art" (1933), as well as a "Municipal Singing School" (1935) and a "Nordic Conservatory of Music" (1942).After the war, the educational institutions traded as the "State School of Art" (1946) and the "College of Design" (1970), as well as the "Bremen School of Music" (1948) and the "Conservatory" (1965), until the merger with the "College of Design Art and Music" in 1979.

The structure of today's UA Bremen grew since the 1970s through the merger of previously independent institutions and resulted in 1988 in today's Hochschule für Künste (University of the Arts) with its two departments 1) Music and 2) Art and Design. In 1993, the hitherto private "Academy for Early Music" was affiliated with the UA Bremen with the aim of raising the profile of music education in Bremen. Two years earlier (1991), the Klaus Kuhnke Archive for Popular Music had already been integrated into the still relatively young UA Bremen.
More information: https://www.hfk2020.de 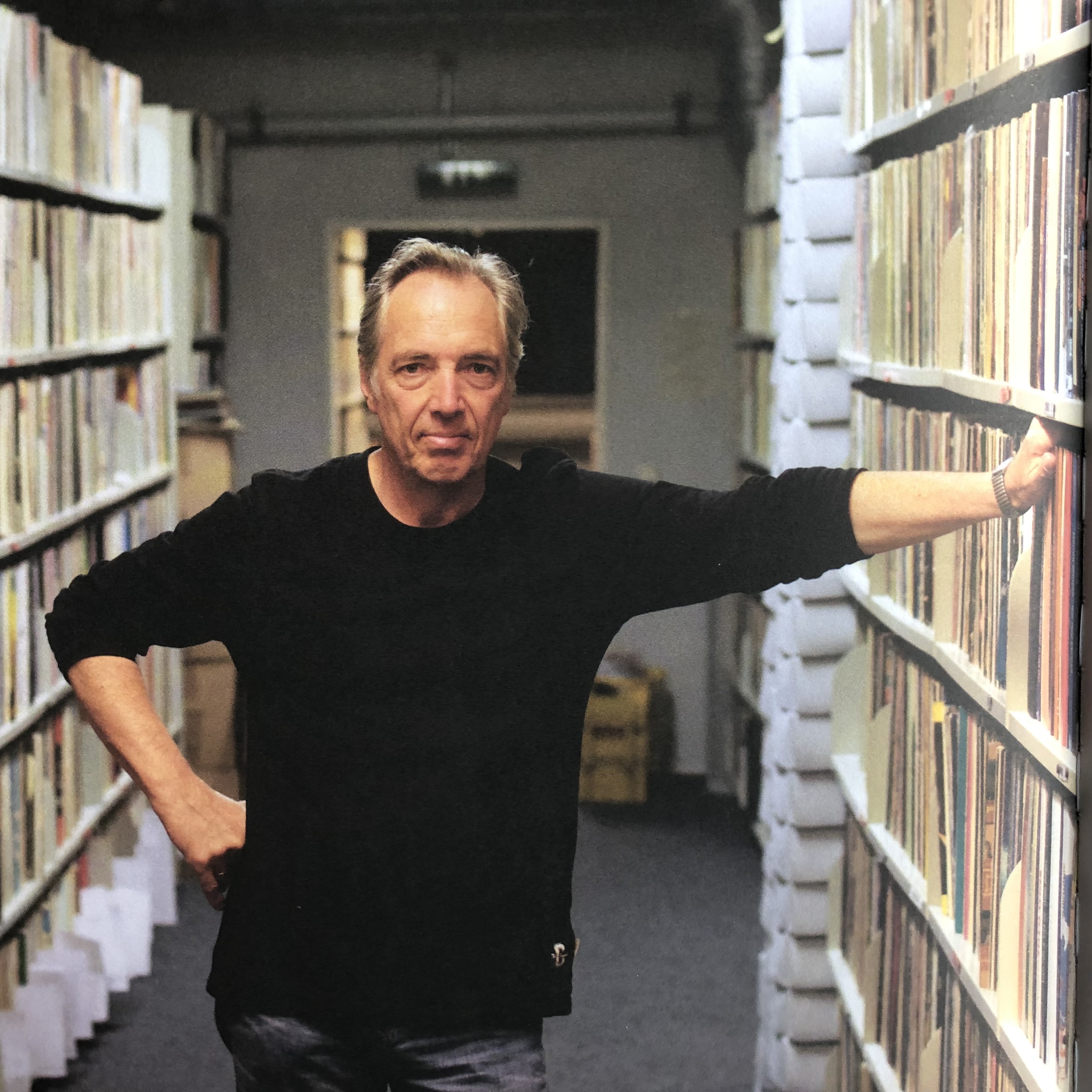 Ulrich Duve, the former head of the Klaus Kuhnke Archive, in front of the vinyl collection in 2014

When the University of the Arts (UA) Bremen was founded, the responsible senatorial authority suggested that a course of study in the field of popular music should also be established. At that time, this request still resembled sacrilege, and so the newly formed Department of Music practiced ignorance for the time being. In order to open a back door, so to speak, for popular music, which was little appreciated, a resourceful senate councillor or head of the science department launched the move of the "Archive for Popular Music" - which since the death of Klaus Kuhnke (1988) had been renamed the "Klaus Kuhnke Archive for Popular Music" - to the basement premises of the HfK at Dechanatstrasse 13-15, where the Department of Music was and is located. On November 4, 1991, KKA was officially opened there. In 1992, the Bremen Senator for Education and Science then appointed KKA as an independent institute of the university. Since then, the senatorial authority responsible for science in Bremen has been funding KKA.

In the 1990s, there were tentative attempts by some lecturers to anchor popular music - or at least jazz - in the teaching at the UA, but with moderate success. It was not until the turn of the millennium that a genuine course of study for jazz and jazz-related music was begun. The KKA played a certain role in this, since the necessary teaching components on jazz history could be contributed by the archive management (Peter Schulze & Ulrich Duve). In addition, all teachers and students of the jazz studies program had the opportunity from the beginning to access the holdings of the archive, which - among other things - holds countless materials on jazz history.

In addition to in-house staff and students of the UA, the KKA continued to be used by external interested parties, i.e. professional musicians and music researchers, but also students of other disciplines (from Germany and abroad). In addition, there were always sporadic visits by music lovers and collectors, music journalists and (tourist) laymen from Bremen, the surrounding area and the entire German-speaking world. Some of them even became regular guests.

Ulrich Duve had become head of the archive in 1991. With the limited resources available at the time, he tried to recruit additional staff. Since 1997 Till Neurath has been working part-time, since 1999 André Feldhaus, also on a part-time basis. The same applies to Andreas Herrmann, who joined many years later (2017). In the meantime there were a lot of volunteers and interns.

In the meantime, the collection grew continuously and the archive almost reached its capacity limit, so that there were repeated attempts to find a new home for the KKA. In the end, however, we decided on the UA Bremen (or the Department of Music in Dechanatstrasse) as the location, simply because the advantages outweigh the disadvantages. Recently, an external storage facility has been rented to accommodate the permanent new additions. 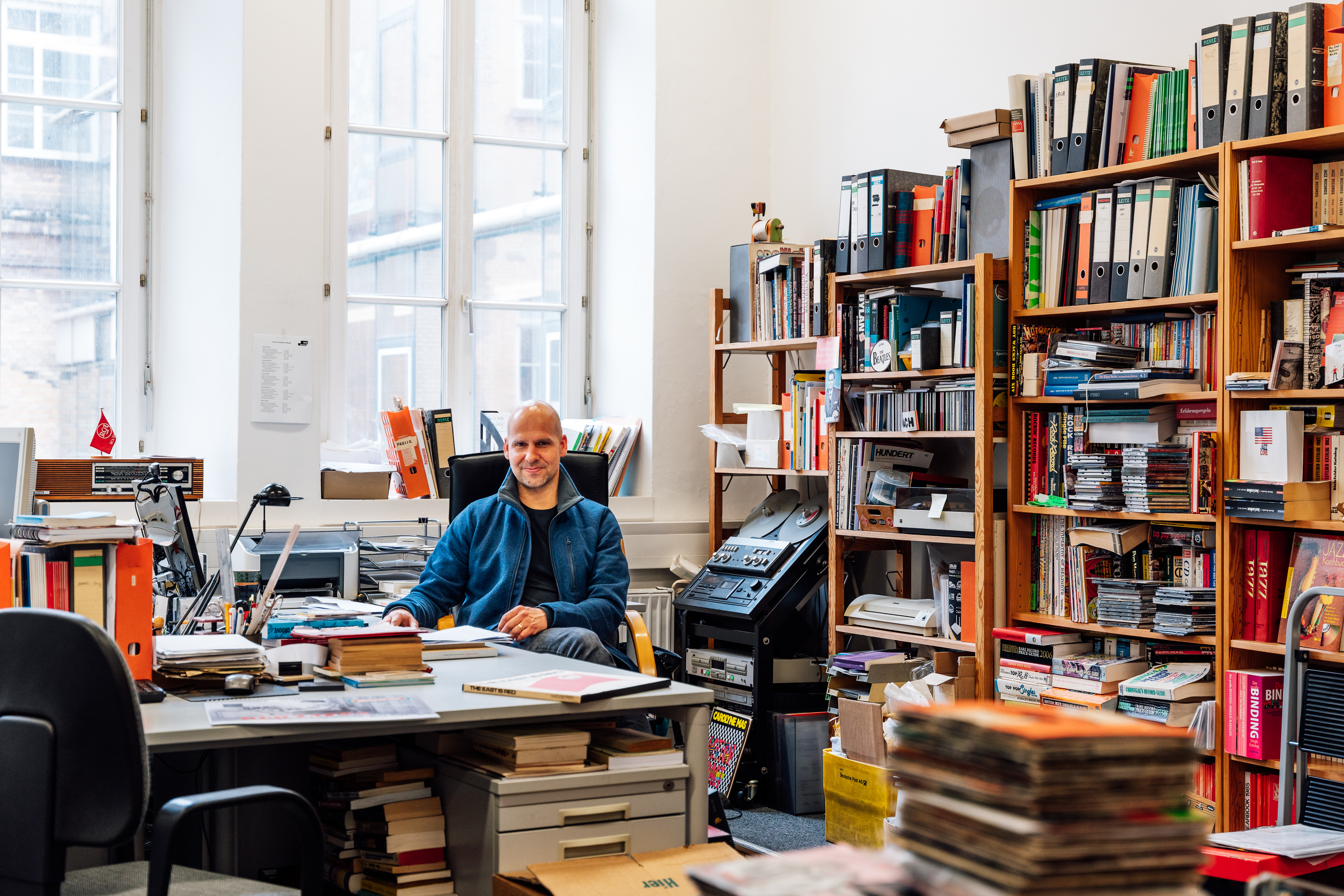 In January 2022, a generational change took place at KKA. Ulrich Duve, who had guided the fortunes of the archive for thirty years and had previously served as a staff member of the archive for five years, went into well-deserved retirement (and became a designated co-partner). His successor was the musicologist and science manager Nico Thom. Together with Ulrich Duve and the board of shareholders around Peter Schulze, the vision emerged to put the archive on a broader footing, to proactively research its own holdings, and to participate in the transnational debates of Popular Music & Jazz Studies. A first step in this direction was the renaming to "Klaus Kuhnke Institute for Popular Music - Archive & Research Center at the University of the Arts Bremen". With this partial name change, it was first made clear only to the outside world that the archive had already been an institute of the UA Bremen for thirty years, something that few people knew at the time.

As an institute with the legal form of a gGmbH, we have certain rights and obligations. In addition to the ongoing maintenance and computerized recording of archive holdings, the successive digitization of endangered materials is a necessary process for their long-term preservation. The expansion of the KKI server plays a major role in this process. With the new website, which went online on May 13, 2022, the activities of the archive or institute can henceforth be made even more transparent. Plans include the development of a KKI online magazine called "S[æ]itenanschläge" as well as research projects - partly financed by third-party funds - on self-imposed topics, the results of which will be made public through lectures, conferences, exhibitions and various (online) forms of publication.